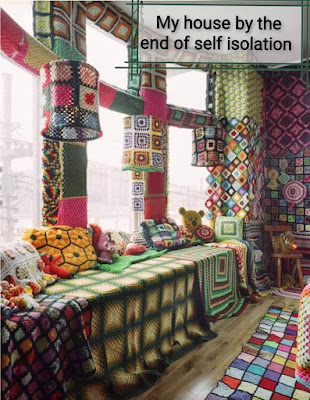 Oh, 2020. This is the post I would have written in the first week of January this year, under normal circumstances. But nothing has been normal for what feels like an eternity now, has it? It feels oddly appropriate though to return to this space now, considering my last post was almost exactly one year ago about what makes my knitting projects stall out. In hindsight, this is ironic perfection, or a spooky vision of what was to come, because indeed ... everything stalled out after that in the early days of the pandemic becoming real for us here in the United States.

Normally I don't map out my yards crafted per month, but this really tells the story of 2020 for me. Early on, one would've thought I'd be knitting up a storm to soothe my anxious nerves. But instead, like many others, I jumped on board with the sewing masks for healthcare workers in March and April (more on that later this week). The only reason April has any yardage at all was because I finally finished the second sleeve of a sweater that was 95% finished for two years prior. Things picked up in the summer as I joined the Knit Girlls annual summer Stash Dash challenge. With no summer travel (my output on the road is pretty low, despite the ample knitting time!) and several opportunities to test knit patterns for my favorite knitwear designers, my activity soared. Back-to-school and back-to-work stress (adapting to teaching university courses in a pandemic) then resulted in another crafting pause. My best yardage months--February, August, and December--those were thanks to two different "hat-a-thon" monthly challenges I participated in (crocheting bulky yarn hats for charity) and Christmas gift making. 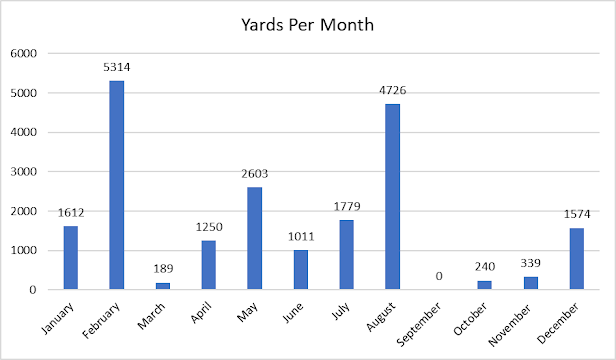 Now to the fun part--what did I make? So many little things this year: 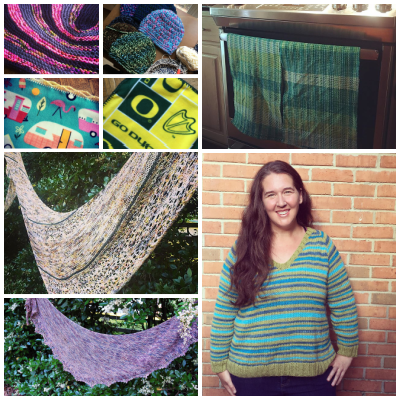 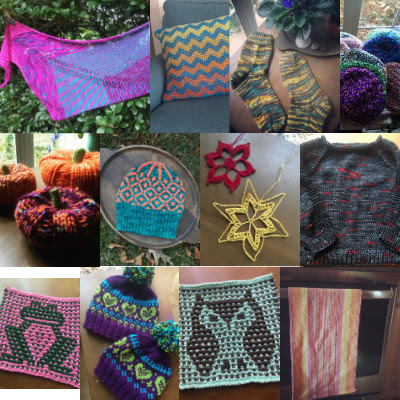 July through December 2020
Lots of little things adds up--I would have never guessed that my yardage would have been this high, based on how 2020 felt. No crafting resolutions for me this year (let's be real--it's still hard to make concrete plans for anything after how 2020 went). I'm keeping it simple in 2021. Make things that bring me joy. Use my stash of supplies first, if possible. Make a dent in my overflowing sock yarn stash. Weave more! Sew more! (I've joined the local quilting guild thanks to my mask-sewing efforts, so if you follow me on Instagram you may have already noticed more sewing projects!) Learn new things. And maybe, just maybe, be present in this space a bit more often than once a year. 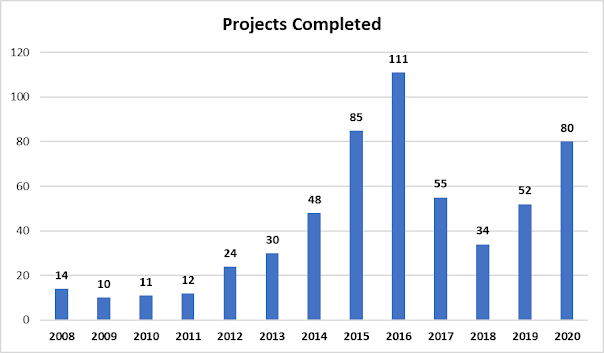 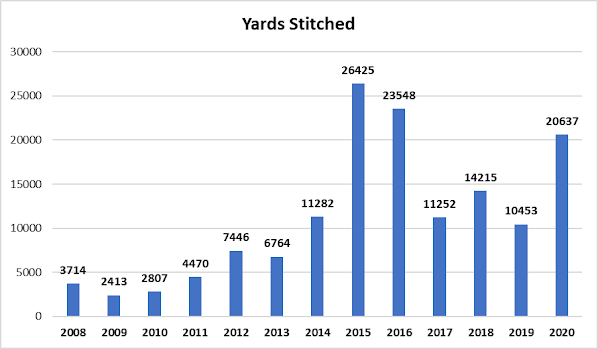