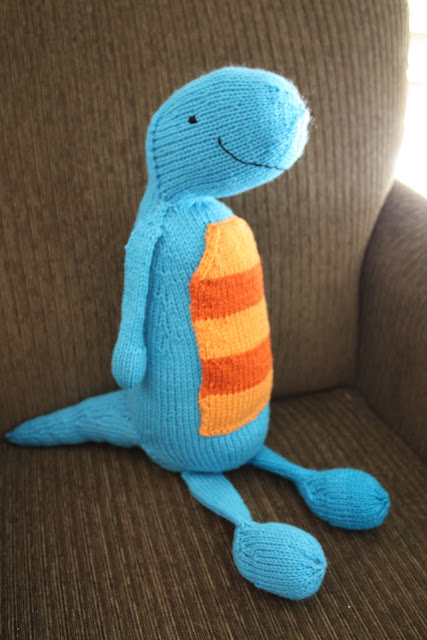 The last time you saw Terence, I was vowing to finish him and the many hearts blanket by the end of September ... so much for that! I love, love, love this pattern and will be making many more Rebecca Danger patterns in the future. Great construction techniques that minimize seamimg! However, I learned the hard way that her yarn estimates are completely accurate ... I was hoping to squeak by with one skein of Cascade 220 ... nope! So the left foot is slightly darker, but a close match. We'll just have to call him "Lefty" I guess!
Pattern: Terence the Tap-Dancing T-Rex by Rebecca Danger (my Ravelry project page)
Yarn: One skein Cascade 220 (turquoise), 25 yards or so of mystery turq. wool, tiny amounts of Knit Picks Swish Worsted in Carrot and Orange colorways.
Needles: Size 5
Notes: Next time I'd go down a needle size ... Terence turned out just fine, but you can still see a bit of the stuffing. Slighter denser fabric would make for even better results.
What are you working on? Be sure to check out the other WIPs at TamisAmis and YarnAlong! Happy Halloween!
﻿ 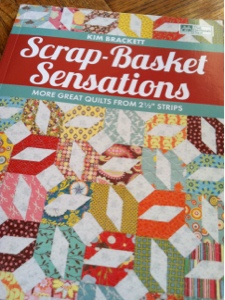 Now that I've got plenty of Christmas fabric in my stash, my dilemma is which pattern to choose. For some crazy reason, I feel an urge to break out of my typical comfort zone (squares and rectangles) and try a pattern that uses ... triangles! Of course, my plan is to use a cheater short-cut method like the one found in this book, "Scrap-Basket Sensations" (basically I'll still be sewing with rectangles and squares ... you just sew diagonally across a square to create a triangle at the end of rectangular strip). If I'd only had this book when I made my last quilt using a jelly roll! As you can see, there are many patterns that have caught my eye ...
﻿ 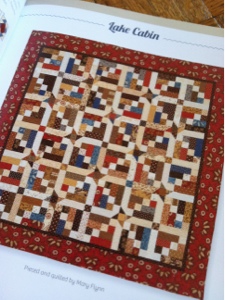 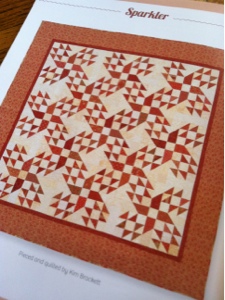 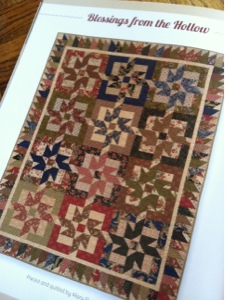 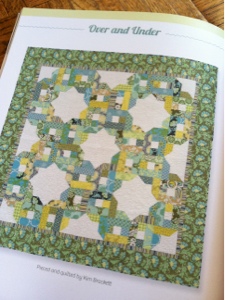 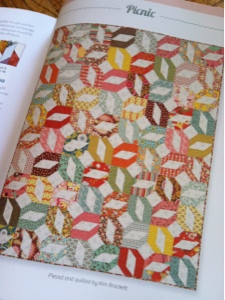 Remember when I mentioned my crazy urge to make my daughter a special Christmas quilt? I'm envisioning a new Christmas tradition around here ... Christmas quilts for everyone's beds that only come out once the Christmas tree goes up the day after Thanksgiving ... Of course, I have no delusions/expectations of making all these quilts this year! But starting my daughter's has been occupying my brain lately. First step? Stash enhancement! 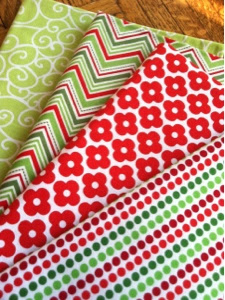 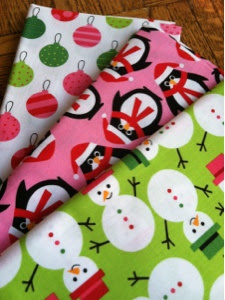 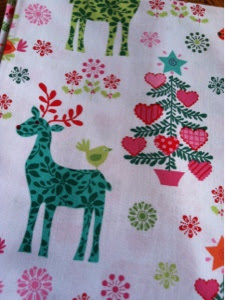 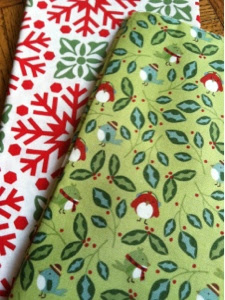 Next step is picking a pattern ... but for now I'll just admire all the cheerful goodness!
***These photos were all taken with my iPhone, I apologize for the lower quality!﻿
at October 29, 2012 No comments:

Email ThisBlogThis!Share to TwitterShare to FacebookShare to Pinterest
Labels: sewing 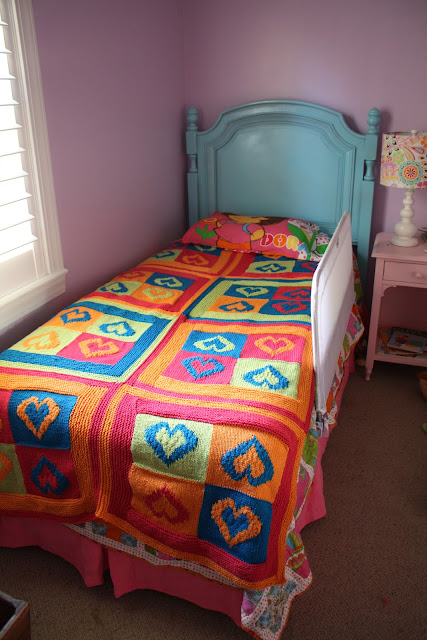 28 skeins of Knit Picks Swish worsted (that's 3,080 yards, but who's counting ... ) and way too many ends to count later ... the many hearts blanket is DONE! I am sooo happy to have this beast of a blanket finished! It's actually weather appropriate too, considering that next week we'll finally dip into the 60s during the day and 40s at night (that's cold after the 80s we're experiencing now! ahh... fall in the south!). ﻿ 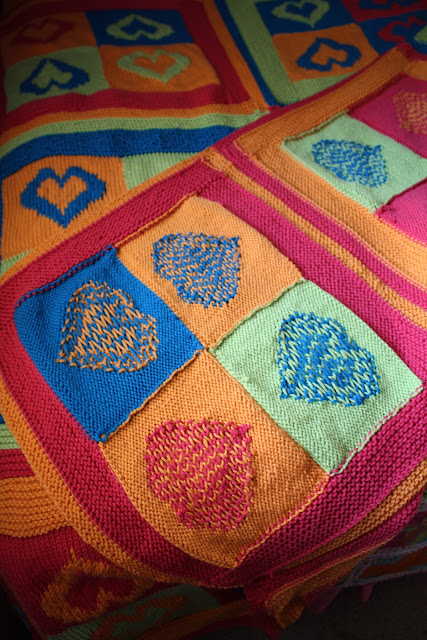 all my pretty floats
I learned so much on this project! This was my first serious attempt at intarsia and fair isle. The original pattern called for intarsia to create the hearts, but I quickly discovered my distaste for it. Too many balls to manage with this pattern, and too many ends. So I switched to fair isle and never regretted that choice. In fact, I think stranded knitting is ideal for a blanket since it creates a double-layer of fiber that adds additional warmth. I also learned how to properly tack down the floats in order to ensure the hearts lay flat on this project. ﻿ 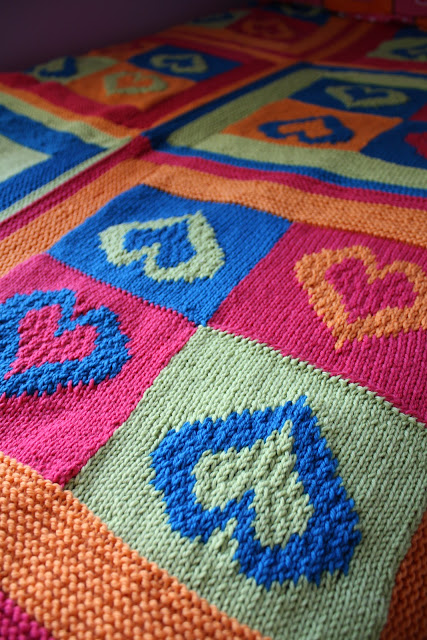 Pattern: Many Hearts Baby Blanket by Kristin Nicholas (published in the book, Color by Kristin)
Needles: size 8 Addi Clicks
Yarn: Knit Picks Swish Worsted (8.5 skeins of Carrot, 8.5 skeins of Lotus, 6 skeins of Gulfstream, 5 skeins of Parrot--3080 yards total)
Dimensions: 44 inches wide and 72 inches long
Modifications: Tons ... if you take a look of the pattern picture in my first post about this project ﻿ you'll notice that my finished project is a much simpler, more contemporary version of Kristin Nicholas's pattern. I omitted all the embellishment needlepoint, for starters (I love how it looks, but the thought of that much handwork on a twin-size blanket was just too daunting. I also was skeptical of how well it would hold up to the wear and tear an active toddler would inflict). I upsized the pattern to twin size by making more hearts than originally called for. At first I planned to match the stripe pattern of the original pattern, but then changed course to create four-heart "blocks" instead. I am so glad I ended up adding a second stripe around the perimeter of each block--it ended up adding another inch in width around each side, and just made each block feel more "complete." If I would change anything about this project, it would be to find a way to add more width to the final dimensions. As is, it covers the top of a twin bed well but there isn't much overhang on the sides. I'm happy with it, but it would be nice if there was an additional four to six inches or so in width.
What are you working on? Be sure to check out the other WIPs at TamisAmis and YarnAlong!

... and now the seaming begins! Wish me luck with all those ends! 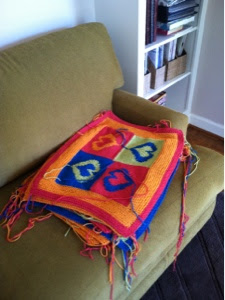 I have had mixed success when it comes to the thrift shop options in my town. I don't know if I'm just not going frequently enough, but every time it seems like the offerings are pretty lackluster. So when I found this cross-stitch kit for only $1.50 I was over the moon! I'm pretty excited about the book, too. Bargello needlepoint patterns from the 70s! 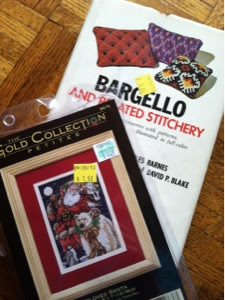 Email ThisBlogThis!Share to TwitterShare to FacebookShare to Pinterest
Labels: stitchin'

I woke up this morning to realize that October has completely disappeared on me. It's been a whirlwind of Saturday day trips (Shiloh, my first Civil War battleground!), pumpkin patches, and Halloween decorating.

I didn't realize how much crafting got done during our more typical Saturdays filled with non-stop football viewing! I'll be posting an update on the projects that have been percolating behind the scenes soon--I have a crazy itch to make my daughter a special Christmas quilt, which has inspired a rash of fabric purchases, and the many hearts blanket is sooo close to completion! 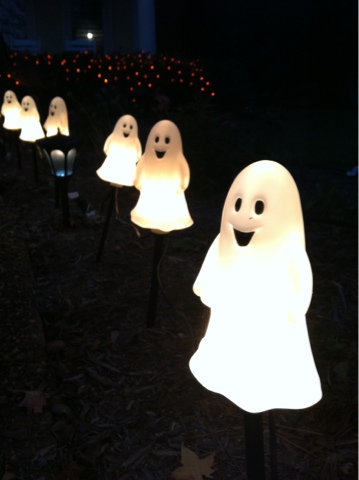 It's October, and that means Socktoberfest! I'm knitting up some String Theory Colorworks self-striping yarn in the "galactic ghoul" colorway. They'll be my candy corn socks! Nothing fancy, just twisted rib cuffs and plain stockinette. 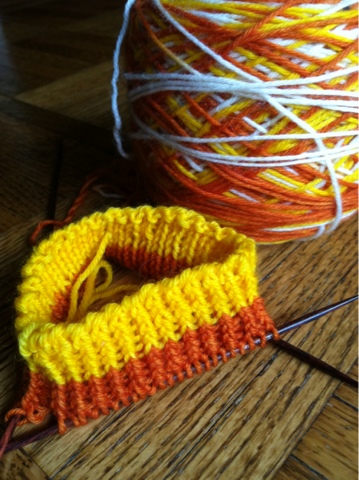