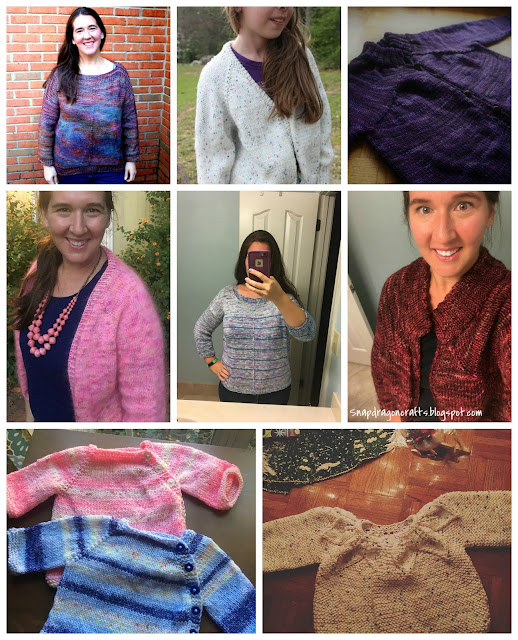 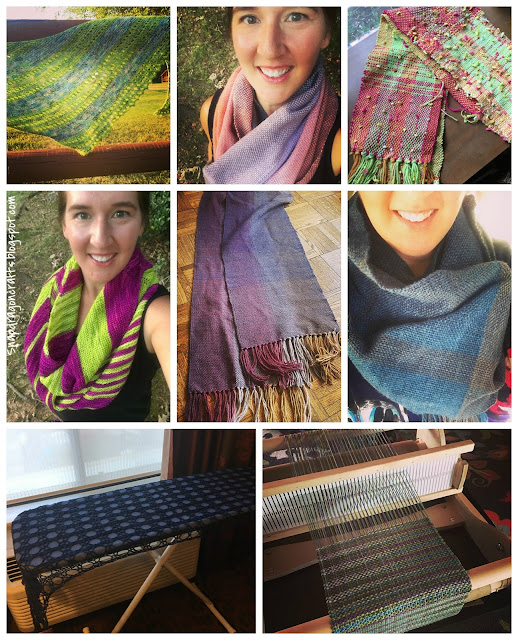 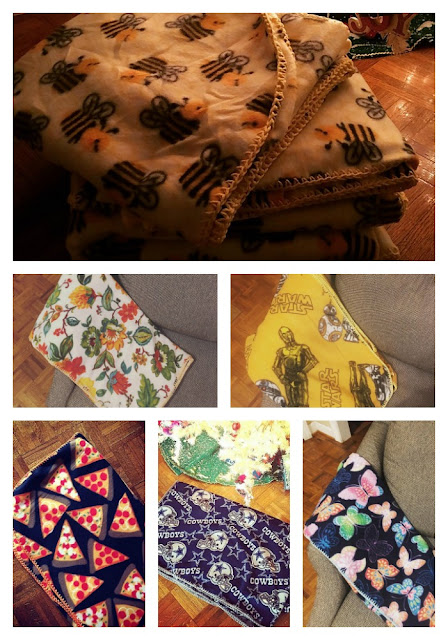 2018 was the year of sweaters, weaving, and crocheting borders to make fleece blankets! By the numbers, this was a low project count year. But since the projects were largely sweaters, yardage output increased from 2017. 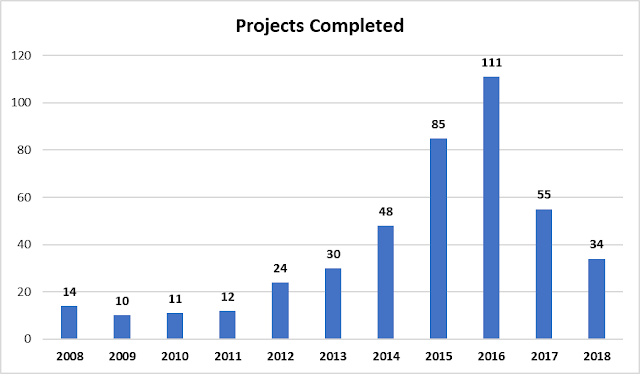 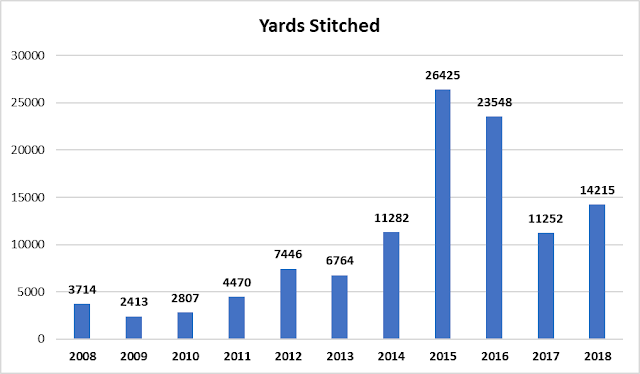 *2015 was the year I made three large blankets with yarn held double-stranded.


So how did I do on those crafting resolutions I set back in January 2018? Welp, this year it's a little laughable. Pretty much the only goal I would count myself as "successful" on was making sweaters. That's okay. There's always another year! I couldn't anticipate that I would decide to get a loom mid-way through the year and be distracted by learning to weave, along with a punch needle to play with! The charity I had primarily been knitting for in the past also declined new donations, so that pretty much killed my charity crafting mojo for the year. Sewing sadly just fell by the wayside until I started making finch bucket bags at the end of the year (I definitely anticipate making a bunch more in 2019!).
2018 Crafting Resolutions:
What do I want to accomplish in 2019? My theme for this year is ACTION. I'm a dreamer, and I can spend oodles upon oodles of time planning and dreaming all the things I intend to do. I purchase supplies the same way: with all kinds of INTENTIONS. This year I'm focusing on FOLLOWING THROUGH on my INTENTIONS with ACTION. With this in mind, I'm planning on crafting using supplies in my stash as much as possible. Based on this theme, these are my goals for 2019:

Wow...I am impressed both with your goals for 2019 and with your accomplishments in 2018. Have a great, productive, and creative year.

I love your blog!!It is fantastic!